4 Senses to Trust When You Think Your Man Is Cheating Let’s face it; cheating has become an epidemic in our society. From superstar golfer Tiger Woods to former Californian governor Arnold Schwarzenegger to pop-sensation and alleged flirt Justin Bieber, relationship-crushing infidelity has permeated our culture to the core, to the point that it is accepted in some circles and even glorified in others. As such, it should come as no surprise that many more women are scrutinizing their relationships with a fine-toothed comb than previously. So how do you tell if your man is cheating on you?

This is one of the best ways to go about figuring out if your man is cheating on you is by using your sense of smell. It might sound weird at first, but that’s the point—a lot of people don’t really think about the subtleties offered by how they smell. If your man is coming home smelling like somebody else’s perfume, then it’s obvious that he’s been somewhere he’s not supposed to. Most men aren’t that stupid, however, so you’ll have to be looking for something else, which, in this case, would be the scent of shampoo that didn’t come from your home or the gym. Another scent to look out for is the natural smell of another woman in places that it shouldn’t be. A man should smell like a man, and if he’s coming home smelling like someone else down there,  either like a woman would smell or like too much cologne that’s covering up how a woman would smell, you might have a problem.

If you’ve noticed that your guy is going to the gym a lot more lately, buying new underwear for seemingly no reason, and grooming himself to look like a porn star downstairs, he has a reason for it and it’s one of two possibilities: he’s trying to impress you, or he’s trying to impress somebody else. If he’s not making as much eye contact with you anymore or looks away when you ask him about his day or where he’s been, if you notice that he has started looking at other women in public more often, or even notice that he seems a lot happier and excited for no apparent reason, he may be having an affair. The last thing you might want to look at are his techno gadgets, like his computer or his phone. Emails will be pretty telltale, but sometimes the phone can be deceiving. If he’s constantly texting or calling somebody that has a unisexual name or simply isn’t named, use a reverse lookup directory (Reverse Phone Directory, Free Phone Tracer, and the good old White Pages have all worked well for me in the past) to figure out who he’s talking to.

The sound of his voice can be so much more telling than what he is actually saying. If you ask him where he’s been or how his day was and he pauses before he speaks, it may be a sign that he has to think about what he’s saying before he says it. Another telltale sign is that he has begun to go into much more detail than usual about how his day has gone or what he has been doing. Another couple of things to look for when somebody is lying include a change in the tone and pitch of the voice, fast talking, changing the subject, and a defensive tone.

Sometimes you can’t explain or quantify why you think something is wrong, you just feel it. Follow up on these feelings, and explore them and why you feel them. Now, just because you feel like your man is cheating doesn’t necessarily mean that he is. But there is obviously a reason that you feel like he is, and that is truly what you will be exploring. If it turns out he is being unfaithful and you were right, then you’ve got your answer—if it turns out that nothing is wrong, then you may have some trust issues that you need to work through. Either way, trusting your female intuition can be fruitful if you go about it the right way.

As a last word, I want to say that none of these pieces of advice will definitively tell you if your man is cheating, these are just suggestions. If you have any other suggestions, especially if they are from experience, feel free to share them in a comment below.

4 Senses to Trust When You Think Your Man Is Cheating 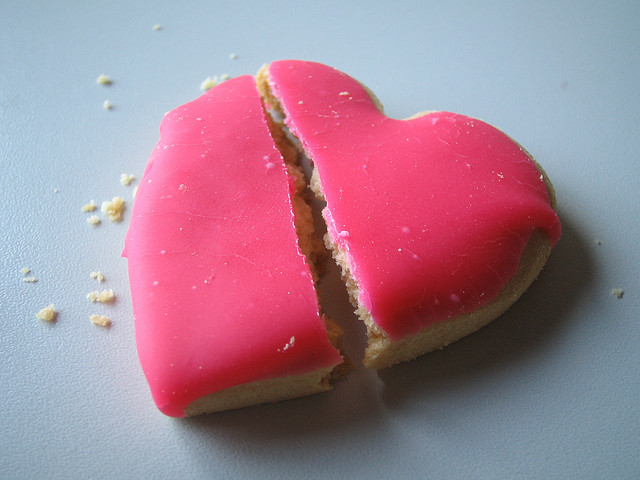 Relationships Why Does Valentine’s Day Always Suck The Day…