There's a lot of ‘right' in this photo… Unnnhhhh!

I'm a ‘leg man' and I like to date tall people, women in particular obviously. So I need to rant, kids. I'm a heightist. What's that you ask? Well, according to the Urban Dictionary (we are not relations):

Someone who believes that people are superior to or inferior to others on account of their respective heights, or that people of differing heights have different moral qualities and intellectual capabilities.

I might not fit that definition exactly. When women are around my eyes will wander over the cute gal. Chances of this increase if she's showing leg, I get downright stalker like if it's a tall woman in a skirt… I can't help it! The last couple of women that I've been out with, who have worn the little black dress, had rendered me hopeless, hapless and without one ounce of will power. Meaning, that I couldn't resist these women if I wanted to… I didn't of course, but you get what I'm saying.

When I was actively doing online dating (OkCupid), I dated a lot of shorties. I mean, yeah, I can filter out and pick who I want to go out with. But the problem wasn't finding tall women; the problem was finding tall women that wanted to go out with me… Am I whining? Am I taking a ride on the whaaambulance? Well fuck you because that's what I'm doing!

What do I define as tall? Well, taller than average I'd say. 5'6″ is about where I draw the line anymore. I dated a woman that was 4'11” and I've been out with women as tall as 6'2″ and that was different… I find that sweet spot to be around 5'8″ to about 6′ for the kind of tall women folk I like to be around. When I can just about look a woman in the eyes without hunkering down, that's hot. I love that!

But, again, we're left with the issue of not finding the desired depth for women of that height on any dating sites. I mean, sure, I could checkout a niche site about dating for tall people but those sites are lame anyway; I just wish people would make it easy on me and just go to OkCupid and let me get it over with, choose my tall dame and be done with it all. Alas, that is not to be.

So what's a guy to do? Maria Sharapovas aren't growing on trees and shit. And yeah, I know there's no George Clooneys or Ryan Goslings in surplus to be ravaged. Yes, we all suck.

Is there a solution? Like I said, outside of a niche dating site, I don't see that there is. Tall women, like any other type of woman, aren't just roaming the land waiting to be pounced on… That would be creepy and a slight bit rapey… I digress, but you get the picture. I mean, the only idea I have is going to a meetup on the topic and see what you get; chances are there's not such a meetup in your area, though, you could try to create a meetup and see who shows up… And even that's a mixed bag.

Okay, that was a ‘soft rant.' /End Rant. Until next time, keep it in your skivvies, yo!

Online Dating Dealbreakers that Can Sink Your Loveboat Before It… 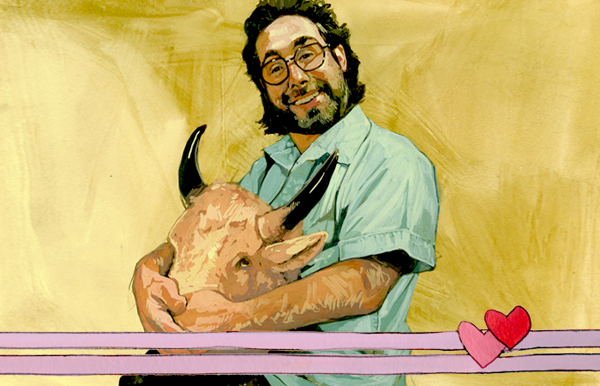 Dating & Relationships How to Survive Any First Date Nightmare
1