Men Who Give You Their Number Instead of Taking Yours. ~ Group Post.

The last week or so, I posted an article about reasons why men may choose to give you their number and not ask you for theirs.  In discussing this with friends there were mixed feelings as to why, but most of them seemed to think that this was more of a positive behavior than negative; I move to strike those opinions from record dammit!  Instead, I've brought in the heavy artillery; the big guns of the dating/relationships and otherwise Blogoshpere.  Yep, this is my first group post.  Today we're featuring Lucky Lass, Mr. Jeffrey “Don't Call Him Steve” Platts, the lovely Maruska Morena and, well, this guy.  We were also going to feature commentary by Simon MacCorkindale, of ‘Manimal' fame, but due to his hectic schedule he had to pass on this post. Next time Simon. 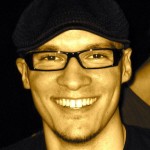 If he gives her HIS number, it could be seen as one way of weeding out the women who aren’t really interested. If she does call, he could then presume that she has a high interest level in him. But the downside is that it SHIFTS THE ENERGY, where she is taking the lead and he is then passively responding to her. Not a great recipe for sexual attraction. And if he gives her his number, that could appear to the woman that he doesn’t care if she calls or not.

It’s best when the guy asks the woman for her number and he initiates the first call. It shows he has the balls to ask for what he wants. It also sets the tone for him taking the lead in the courtship. So I’d say one practice would be for guys to be more present during the initial interaction, so they can be more skilled at gauging the vibe. I know many times I’ve asked for a number , when in hindsight, the vibe really wasn’t there at all.

Also, ladies, have some compassion for guys. One of the scariest experiences for many guys is to approach an attractive woman. There is even a term for it: “approach anxiety.” So if you’re really not interested and can think of a reply that embodies authenticity, compassion AND appreciation, then give that a try! And if he’s an insistent douche-bag, then go ahead and do what you gotta do.

Jeffrey Platts is the heart and soul behind JeffreyPlatts.com, sharing perspectives on dating and relationships from an authentic and practical point of view, bringing in years of study in spiritual and personal growth.  When not in front of his Mac, you can find him practicing and teaching yoga or DJing funky old school jams. The lovely Lucky Lass of http://lucklass.wordpress.com

Don’t Give Us Your Number!!

Etiquette is not dead I tell you. Men know to walk on the outside of their women, closer to dangerous gutters and shin-hitting strollers. Women know to protect their man from ungracious comments their girlfriends make, etc. etc. There is one thing though that has alarmingly become more popular and I can’t say that I like it. The phone number reversal. Since when have men thought it proper to give us their number instead of asking for ours? This is a steamy pile of crap!

Being single is difficult for both sexes involved, it just is. The slow dance of flirting is a socially agreed upon exchange. We act like we don’t see you, you walk over awkwardly, or send a drink over to do your talking for you. We laugh at each other’s jokes (if they’re bad enough) and you ask us for our number. It’s a complicated jig and has taken us a long time to get in to position and do it right. Now men are throwing in some new step no gentlemanly instructor has taught them. It’s not a good move and I’ll give you 3 good reasons why:

1–It tells us you have no guts. We like guts–thick, long, windy ones. The days of fearlessly fighting dragons don’t exist anymore. Asking for our number is the next closest thing, so do it, and do it boldly, slayer.

2–It tells us you’re cheap. Maybe you get charged for calls after 7 p.m. and that’s why you want us to call you. Get a new job, man.

3–It tells us you have low self-esteem. This will kill any chance you thought you had with us. If you don’t believe you can get in to our pants, we will confirm that belief.

Gutless, cheap, loser. These are not the adjectives of a casanova. Generally speaking, we look to men to take the lead. (I will deny this later, so don’t quote me). If you don’t take this initiative, we are out on the dance floor under a spot light with no partner.

So if you want some, ask for our number, it’s the first good move you can make.

Lucky Lass writes for the blog lucklass.wordpress.com. Growing up in a world of all women guardians, my experience with men relied heavily upon the neighbor’s stern dad, the family’s appeasing minister and my he-cat, Chubbs.  With these three, the characteristics of a “good man” remained as far away as the East is from the West.  Never one to back down from a challenge however, I went ahead and lived my life, painted on various men as if they were nail polish…some looked great on me, most clashed awfully.  How to know who was worth me?  Who I was worth?  That remains to be seen.  All I do know, is I’m one lucky lady to have made it this far with all my essentials intact, ego and pen included. When He Gives You His Number.. Instead of Asking For Yours?

There are many reasons a guy gives out his number, but the main reason is that he wants to hear from you.

That said, he may not be that into you. He may give you his number so he can measure if you're really interested.. aka you'll call if you are.. so he can have a more “sure thing”. A remotely attractive girl is better than being alone.

Or.. he may be chicken or unsure of himself. He might think you're out of his league, or not that into him or you're in a group of friends and he's intimidated to make that bold of a move.

In any case, he probably won't be an alpha male, and will be happiest letting you take the lead.

There are exceptions to this.. where a guy will give his number to the friend of the girl he really wants to date and figures he'll have a better chance of getting the apple of his eye if he befriends her friend. But I think this is rare.

Maruska Morena runs the popular dating blog, DatingTakeTwo.com.  Dating again. I never was truely the most successful dater before, and it seems the “time off” has done little to help that. I wanted to make a space to voice my adventures, my foibles, my thoughts, and the ups and downs of dating (again). Hopefully you’ll enjoy it. Laugh with me, cry with me, and even at times run for cover with me.

My take on this whole thing?  I've written about it before. I tend to think that the guy that does this errs on the side of being insecure more times than not.  Society expects us men to be aggressive and to get out there and take what we want.  Many women like  can-do attitude, or perhaps a ‘will-do-you' attitude. Either way it lets a woman know that you're assertive and willing to get out there and get what you want.  Trust me, that's what women really want.  To be pursued.

In short, ladies, if this guy you're into does this to you, either punch him in the unmentionables or go shopping for a dude with a spine.  That's how I see it.

Men Who Give You Their Number Instead of Taking Yours. ~ Group Post.

Opinion Ask the Urban Dater: Why is Your Ex Calling/Textin…